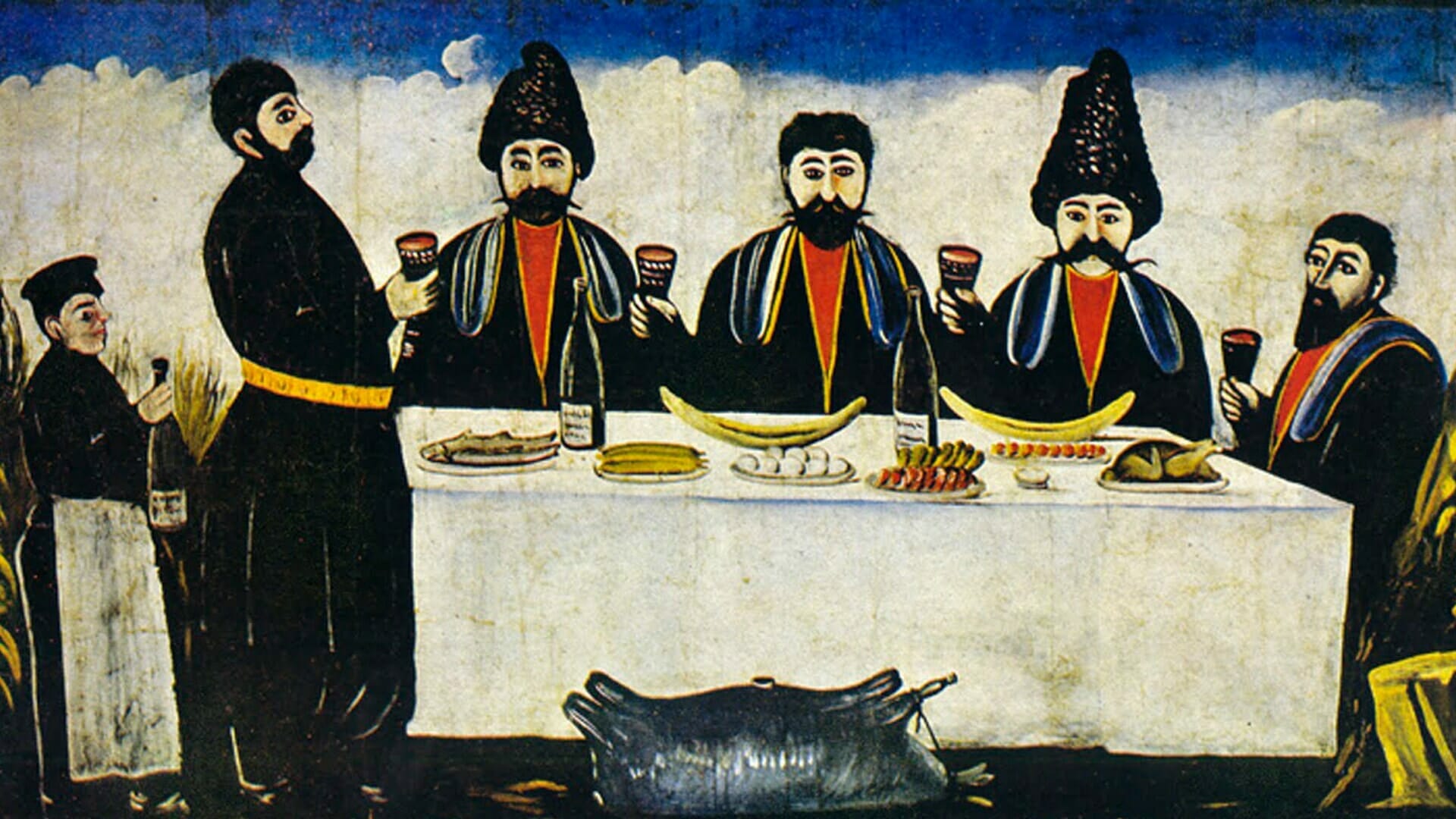 Georgian hospitality is the stuff of legend. And the supra really is a feast of legendary proportions – to the British, the sort of special occasion meal we’d partake in with close family and friends – in Georgia they are much more gregarious. They happily invite strangers, visitors and next-door neighbours to their supras, and throw them with the slightest of excuses.

The literal translation of the word supra is ‘tablecloth’, but that hugely undersells this vital, dynamic part of Georgian culture. In fact, it’s such a vital part of Georgian cultural identity that in 2017 was added to UNESCO’s list of international cultural heritage. This label definitively confirms that the supra, a multi-hour, multi-course feast, is so much more than just a meal – it is a ceremony, a ritual, and a real honour to take part in.

The myth of Georgia’s creation gives a little insight into how enmeshed the supra is with Georgian cultural identity. When God created the world — so the myth goes — He apportioned the different regions of the world to different cultures. But the Georgians, they say, were late to the meeting. They arrived breathless and apologetic, and explained that they’d been celebrating a supra the night before, and due to the night of revelry they slept later than they’d meant to. God, the Georgians say, was so touched by their honesty that He gave the Georgians the most beautiful land of all: the part of earth He was saving for himself.

Holy or not, it’s clear from archaeological research that Georgians have been feasting for centuries. But the supra Georgians celebrate today actually emerged in the nineteenth century. Georgia has lost its independence and the supra became an opportunity for likeminded people to gather together and discuss life and local politics.

But what actually happens at a supra?

Though you can expect more food than you can eat, the supra isn’t actually about the excess eating or drinking. It’s main focus is on people coming together, sharing toasts and songs over generous quantities of the local wine and chacha.

This ethos is the reason why traditionally all the food is placed in the centre of the table – for people to share. And the reason why toasts – and the tamada or toastmaster – have such an important role. But more to come on that!