What are UK trade journals saying about Georgian Wine? 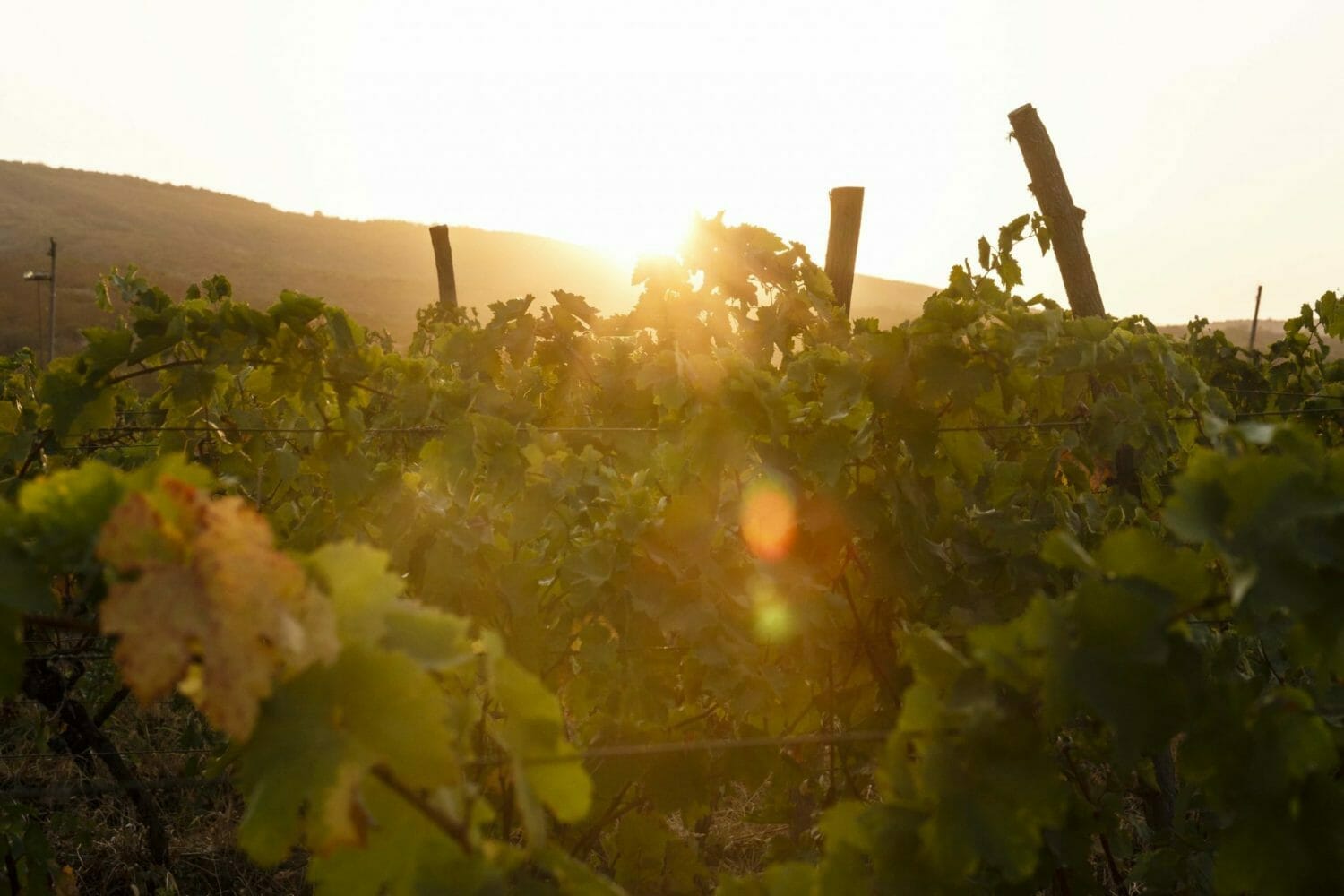 The allure of Georgia has been strong this month, with leading wine trade  journals writing about the joys of tasting, and the challenges of making, these heartfelt wines.

Trade Journals can seem a little dry to normal humans, but they are hugely important to us as we develop distribution channels and availability for Georgian wine. Although Georgia has been making wine for centuries, until very recently we were almost unknown as a wine nation to the west. Georgian wines were the darlings of the former Soviet Union, and we never managed to seep across the iron curtain. The way Brits think about Italy? Sunshine, and beauty, and holidays, and gorgeous food, and amazing wine? That’s what Georgia was to the Soviet Union. The holiday place. The place of grace and deliciousness.  Even after the break up of the Soviet Union, nearly all of our wine was snapped up by Russia. In 2008, Russia embargoed Georgian wine. It was meant to punish Georgia, both commercially and symbolically. And it did, up to a point. But it pushed us to new markets, and in the years since Georgians have been working hard to develop awareness and distribution of our wines in the UK. So, we are grateful to the following trade journals for their thoughtful and encouraging consideration of Georgian wines in the UK:

The Buyer Magazine is read by the UK’s leading on-trade wine buyers, restaurant owners, and sommeliers. Founded by Richard Siddle in 2015, this online magazine has grown rapidly in reach and influence, and has a stable of excellent contributors from diverse backgrounds. The Buyer’s Emma Diggory writes about Georgia in October’s edition: 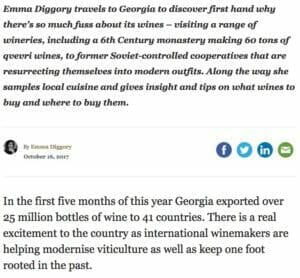 We highly recommend the full article, here. Emma had a long and successful first career in communications outside of wine, and her perspective is interesting, and highly engaging.

The Drinks Business is an international journal aimed at the broader wine, spirits and drinks industries. We enjoyed their photo feature on Georgian Wine in the UK October 2017 edition. The photographs and commentary were the work of Nathalie Wang, who visited Georgia with a group led by Master of Wine, Debr

“A fourth-generation qvevri maker, Zaza Kbilashvili, posing in front of a giant qvevri at his house. The skillful qvevri maker says it takes an average of three months to make one qvevri. Starting from its base, every day, he adds 10 cm before it’s completed, and the qvevris are kept in shady and humid conditions to prevent them from drying out, as seen in below picture. Noting that each qveri is different in shape and size, Kbilashvili reveals that the biggest qvevri he ever made was a 2.5-tonne clay vessel. Qvevri making normally starts in March or early summer depending on weather. The clay vessel can’t be produced if the weather is too humid.”

Zaza is considered to be one of the greats in qvevri making. The techniques are skilled, and artisanal, and are handed down within families. Zaza has a two-year waiting list, with clients all over the world. Meanwhile, some Georgian producers are experimenting with qvevri alternatives made in Spain, and Italy.

Nathalie has a good eye for a picture, and for a story. You can view her full photo feature here.

The Wine Merchant magazine is the UK’s leading specialist trade journal for Indies (independent wine shops). One of our favourite wine writers, David Williams, writes on the challenges, paradoxes and appeal of contemporary Georgian wine in the October edition. You can read the online version here. 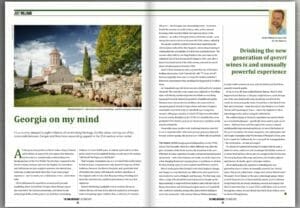 We are grateful to all the journalists and journals for their thoughtful consideration of Georgian Wine. Gaurmajos!