The role of the Tamada 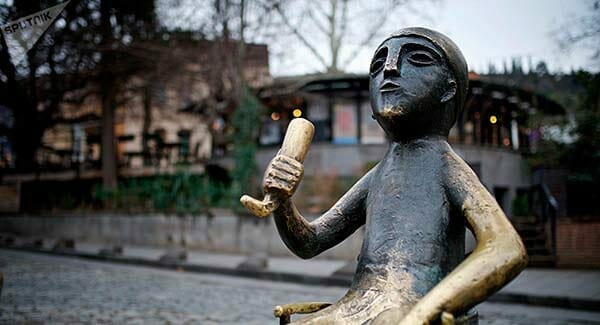 The tamada is not a mere toastmaster. That undersells his role (and it is nearly always his role, not hers – more on which later). The tamada is an embodiment of the soul of the Georgian people – and his toasts are akin to an oral dance. It’s easy to see why the tamada’s role is regarded as an ancient ritual.

So, what does a tamada actually do?

Put simply, they lead the ritual of toasting which defines the supra as more than an ordinary meal.

The tamada is chosen either by the diners or the head of the house where the supra feast is being enjoyed. At private functions, this is a member of the group, while in public spaces, such as in restaurants, more and more often professional tamadas are hired, or even comedians and actors.

The tamada is also nearly always a mature man whop commands popular respect. He could be the most important person at the table, and he must know everyone there as during the toasting he must introduce everyone by name and say something about them.

There are certain qualities that each tamada must possesses to make them suitable for the role. They must be lyrical and intelligent. They are most often highly educated as the toasts require a level of familiarity with Georgian history and folklore. It doesn’t hurt if they are also musical so they can enrich their toasts with song. But above all, they must be able to deliver an evening of toasts – some lasting up to twenty minutes at a time – with originality and humour.

They are also responsible for interpreting the mood around the table and setting the pace of festivities. It goes without saying that, as the toasts all include drinking a lot of wine, they must also be able to hold their alcohol. Though it’s important to note that drunkenness is not the point of the supra. It’s frowned upon. This is why setting the pace is such an important part of the tamada’s role. This latter requirement is why women are rarely selected to be tamadas as Georgians are convinced women are far worse than men at handling alcohol.

The tamada will lead a variety of toasts over the course of the supra. Toasts to God, to Georgia – Sakartvelo, toasts to peace, the deceased, to life and children. Toasts to parents, to the women who’ve prepared the food. Toasts to the guests, to the event – it goes on and on. The essential thing is, the tamada makes all these toasts feel like a joy. Tears are proof the tamada knows how to do a good job.