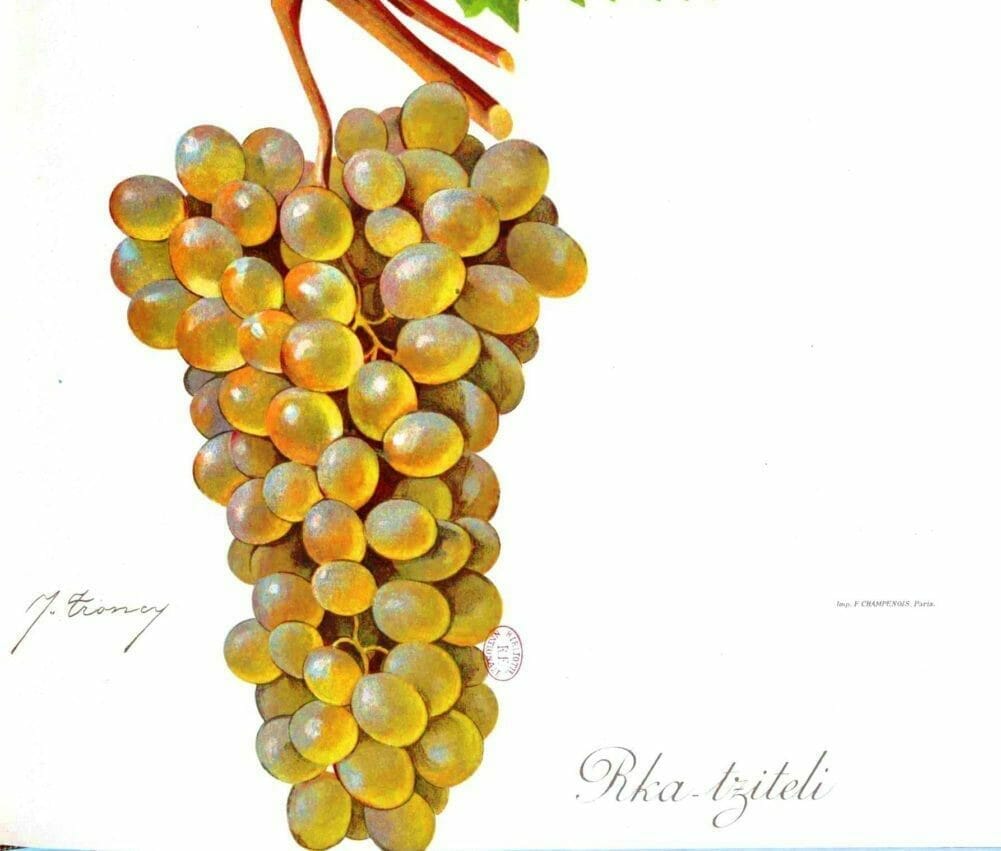 Saperavi may be grabbing all the headlines as Georgian wine makes inroads to the UK market. But there’s a white grape we think you need to know about.

Rkatsiteli (kat-se-telly) is one of the oldest recorded grape varieties in the world. Clay vessels (early qvevri) have been found with seeds of Rkatsiteli grapes which date back to 3000 BC.

Rkatsiteli is brilliant at withstanding extreme cold temperatures. As a result, it’s widely grown in eastern Europe – particularly Russia, Bulgaria, Romania and China. Rkatsiteli was particularly popular in the Soviet Union prior to its fall and at one point was responsible for more nearly a fifth of the union’s total production where it was used to make everything from table wine to liqueurs to Sherry-like fortified wine. Prior to President Gorbachev’s vine pull scheme, it was possibly the world’s most widely planted white wine grape.

Rkatsiteli is responsible for both high-volume, good value whites, and high-quality examples – especially those fermented on the skins in qvevri. Rkatsiteli grapes have great acidity and good body. It’s produced in both traditional Georgian style and with European vinification methods. Its versatility has made it the principle grape in most Kakhetian white wines. Because Rkatsiteli has relatively quiet aromatics, it is often blended with 15-20 % Mtsvane Kakhuri, such as for the PDOs Gurjaani, Tsinandali, and Vazisubani. The Mtsvane Kakhuri adds aromatics and softness to the finished wine.

When vinified in the European style, Rkatsiteli offers subtle floral aromas with notes of citrus, quince, and apple. If vinified in Qvevri, the wine typically is more powerful, moderately tannic, with crisp acidity and rich flavours of honey, dried fruits and spices resulting from the oxidative handling. Rkatsiteli is primarily made in a dry style, but it is also a core grape variety in the PDO Kardenakhi which is designated for a fortified wine.