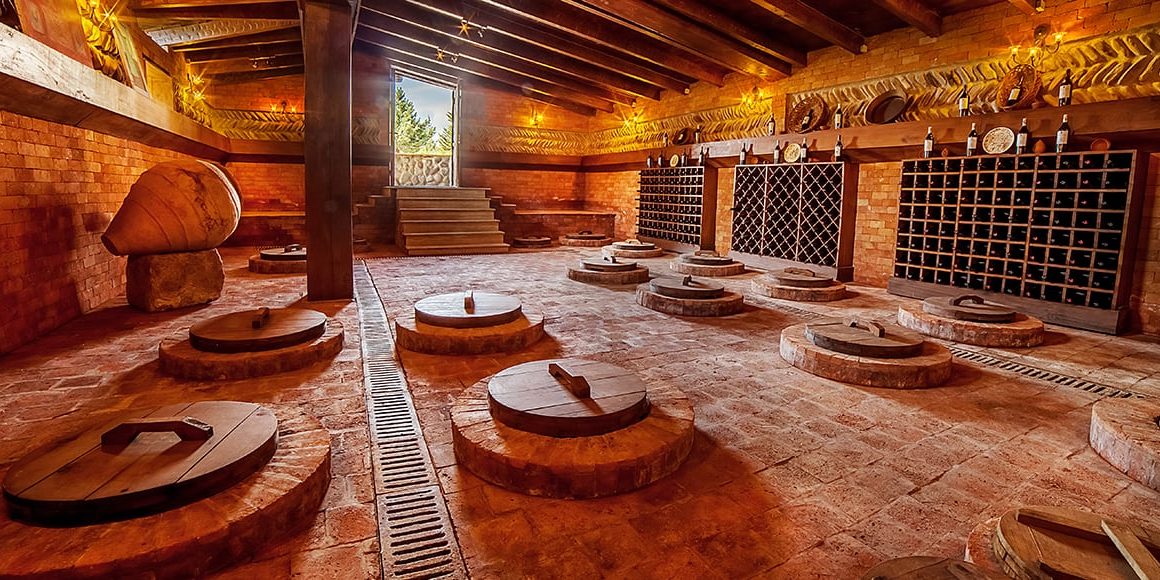 Georgia is a small country, but the climatic and topographic variation is huge. You can find a spot to grow almost anything in Georgia, from tea to walnuts. (It’s one reason the country has been coveted by hungry and much larger neighbours throughout history.) Every wine style is possible in Georgia, but the one that’s really been making waves is Qvevri-produced wine.

Producers across the country are starting to expand Qvevri production. The resurgence originally began as a response to the homogeneity of Soviet wine production – and it’s now become the calling card of Georgia’s wine movement, despite accounting for less than 10 per cent of Georgia’s total wine production.

However, the restricted yields are what add to their cachet.

The style to watch is what Sarah Abbott MW refers to as ‘precision Qvevri’. There’s an idea in the UK that Qvevri production is ‘chuck it in and see what happens’. It’s completely misguided. Qvevri are highly effective fermentation vessels which have evolved over centuries to optimise maceration, extraction, manipulation of redox potential, control of oxidation and so much more.

Every producer, whatever their vision or philosophy, has the power to be extremely deliberate and controlled when using Qvevri. They’re used differently according to region, with approaches determined principally by climate. In cooler parts of the country, for example, fewer stalks and skins are added to potential formation of green, harsh flavours.

With consumers gaining a greater appreciation of natural wines – and amber wines, of which Georgia is the spiritual home; Qvevri wines are set to have their moment.

Georgia in the news: BBC travel on the power of the Supra
November 26, 2020