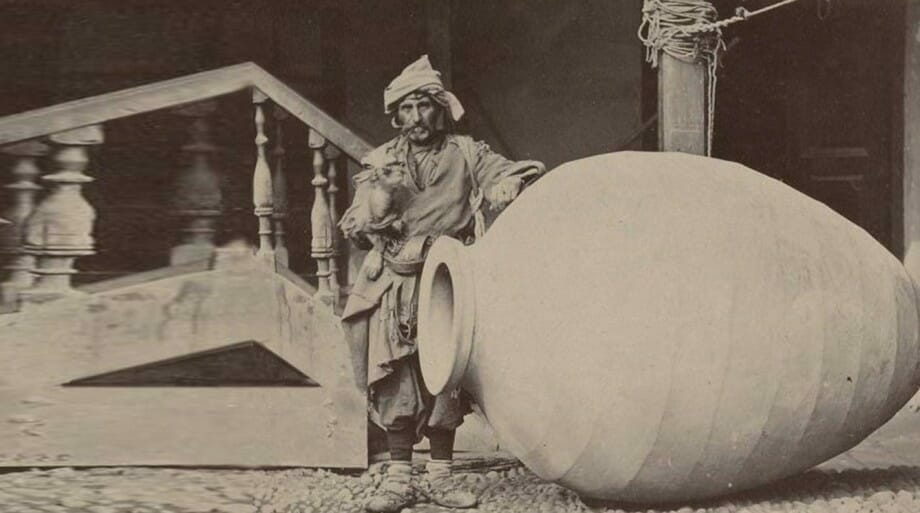 We’ve delved into the slow, incredibly specialised process of making qvevri, and explored exactly how wines are made in them. But with such an ancient process, there’s a risk of people dismissing qvevri as a luddite’s indulgence. We don’t think that could be more wrong.

It’s no exaggeration to say that qvevri are examples of ancient engineering. 8000-year-old qvevri have been discovered – which does suggest that their distinctive engineering has some staying power.

It’s still not clearly known what exactly happens inside the qvevri when they are sealed and left to do their thing. Academic studies on the subject have only just begun. But one thing we can be sure of is that the qvevri’s engineering creates wines with unique attributes. And that’s down to the fermentation kinetics which occur inside the sealed qvevri.

The current prevailing theory is described by WineSearcher:

“the heat of the ferment creates a torus vortex of convection currents (similar to the form of a mushroom cloud) within the egg. This moves the fermenting must or maturing wine around without intervention. Liquid near the surface of the container cools and gently sinks, unimpeded by corners. The liquid in the middle holds its temperature, but is gently pushed upwards. It then comes closer to the container surface, begins to cool and continues the process. The lack of corners in the container mean there are no “dead areas” and so homogeneity within the wine.”

We’re excited that qvevri are being accepted as mainstream fermentation and ageing vessels. The next myth we’re going to bust? That qvevri make oxidation wines. Stay tuned!