This boutique producer makes tiny quantities of excellent wines, beautifully labelled and selectively distributed. They are already something of a cult among Tbilisi’s nascent trendy wine scene. Lukasi was founded in 2011 by Ketevan Gersamia and Mamuka Dolidze when they inherited a small vineyard and decided to create their own wine, named for their son, Luka. They engaged the highly regarded Zura Goletiani as winemaker, and released their first vintage in 2013. Their vibrant but aristocratic Saperavi has won praise from Jancis Robinson MW, and further coverage in trend-setting Monocle magazine. They have gently expanded the range, and in addition to the Saperavi, now make the white wines Tsinandali, Tvishi and Kisi, as well as a brilliant Chkhaveri rosé. 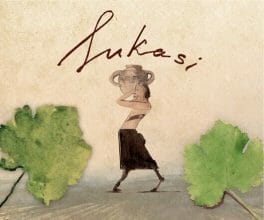