is one of the biggest and most dynamic producers of Georgia. It emerged from the Soviet-era government winery “Telavi2”, which was established in the 1970s. In common with several former Soviet wineries, Telavi2 was purchased by forward-thinking entrepreneurs in the early 1990s, just as Georgia was emerging into independence. Since 2013 the team has been led by Philippe Lespy, winemaker and CEO, with decades of classical French and international experience. Lespy combines elite technical knowledge (his phd was in grapevine flowering) with global management experience. He has assembled a talented team, and under his direction the quality and consistency of GWS wines has soared. His right-hand man, Telavi native Nika Natroshvili, studied food technology before completing his first Master’s degree in wine business in France. Nika went on to study organic viticulture in Switzerland, and attain a second Master’s degree in viniculture and terroir. Together, they have led a cutting edge project to optimise vineyard health, viability and quality. GWS makes several brands, including some with long-standing markets across the former Soviet Union. The newly created Vismino range highlights the succulent fruit and vibrancy that Lespy believes is Georgia’s natural vinous asset. Modern in both style and packaging, they have contemporary global appeal. Lespy has also refined the Qvevri tradition within GWS, making elegant amber and red wines with polished textures. 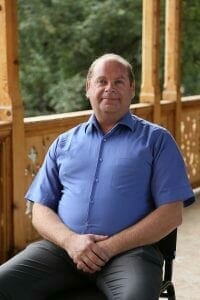 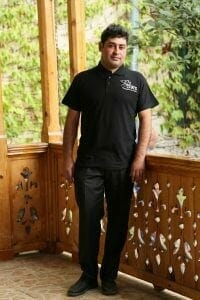