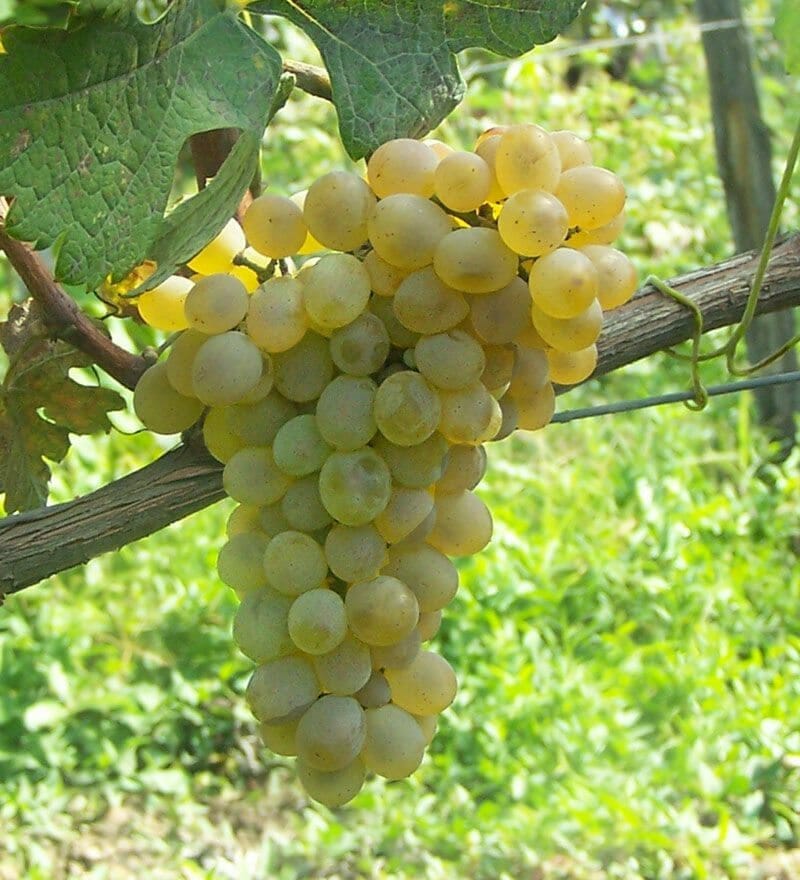 Krakhuna is indigenous to Imereti in western Georgia – the name means “crispy” in Imeretian dialect. It is grown in the central part of the province, around Sviri, Obcha and Dimi. Its bunches are of medium size, dense and conical, with thin-skinned berries. Depending on the meteorological conditions of its site, Krakhuna tends to bud mid-season, and ripens later (late September in Imereti). It grows well on various types of soils, produces moderate to high yields, and accumulates sugar easily while retaining its acidity.

It can be a challenge to grow, given the relatively humid climate in the West and the grape’s thin skin. It may be blended with Tsolikouri and Tsitska for the Gelati blend. Whether Krakhuna is fermented either in the European and traditional Georgian manner, it offers notes of intensely ripe banana and apricots, with honeyed tones. Produced in Qvevri, Krakhuna wines are deep amber, with chalky tannins, stone fruit flavours with tropical notes and a slight herbal tinge. With its considerable flavour profile and broad structure, Krakhuna wines have the potential to develop in bottle.