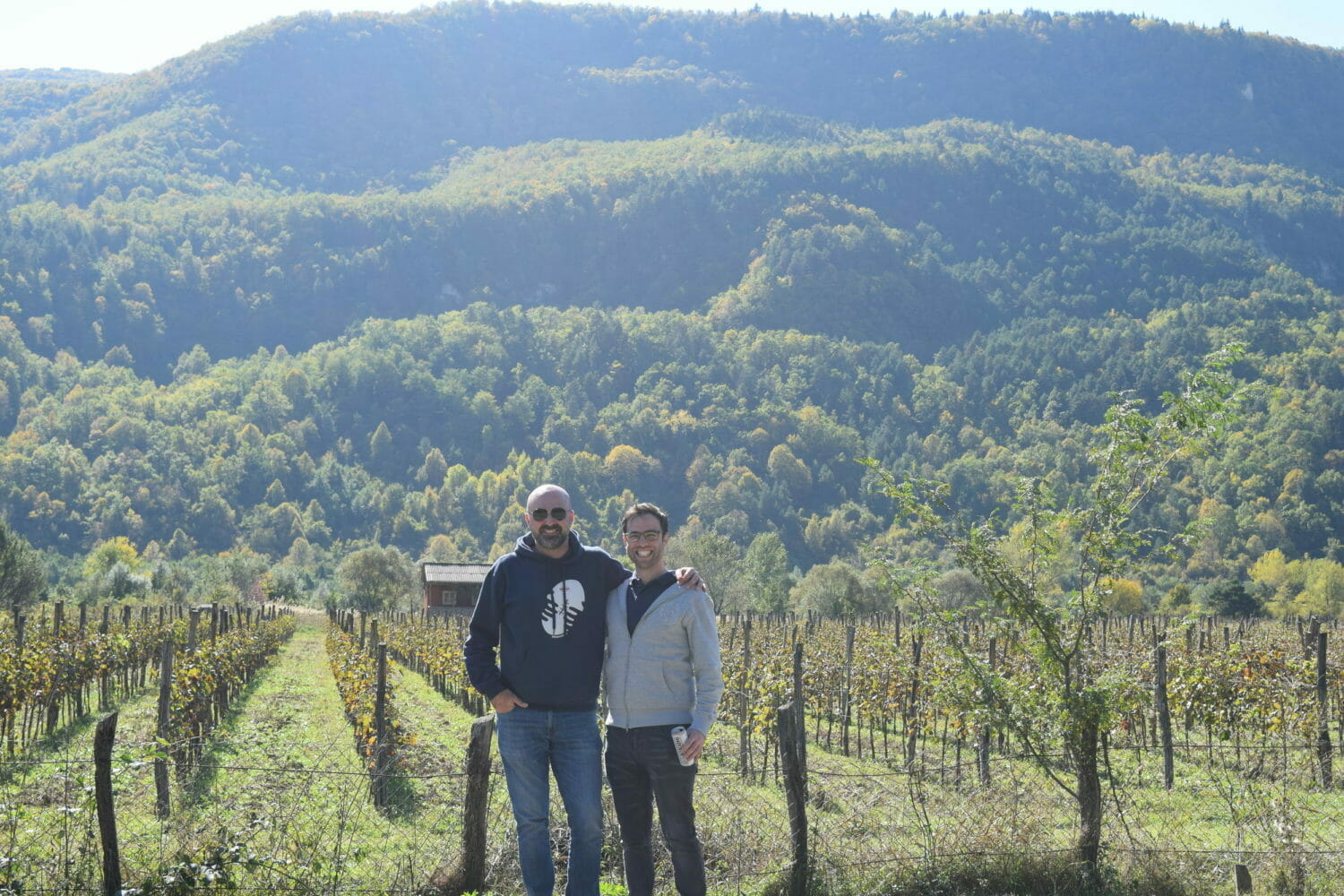 Gvino UK’s story is reflective of the meteoric rise in popularity of Georgian wine in the UK.

Despite only starting to trade in August 2018, Danilo and Anzor have become an important force in both the promotion of Georgian wine direct to consumers, and as importers. Dani’s perpetual grin matches his palpable enthusiasm for his products. His raffish attitude is reflected in the hair-brained tale behind his and business partner, Anzor’s, dynamic company.

When Dani signed up to do an MA at Warwick Business School he noticed a ‘mean looking’ guy shared his bus ride to and from campus. As fate would have it, that inauspicious-seeming fellow was Anzor, a Georgian who was also on Dani’s course. The two quickly bonded, hatching a business plan over Georgian wine and copious amounts of chacha.

It’s this purpose which is reflected in Gvino’s mission statement, a good principle for us all:

“We think that through understanding different cultures from around the globe, we can make the world a better and more peaceful place”

To find out more about Gvino UK and browse their delicious wines, visit their website.