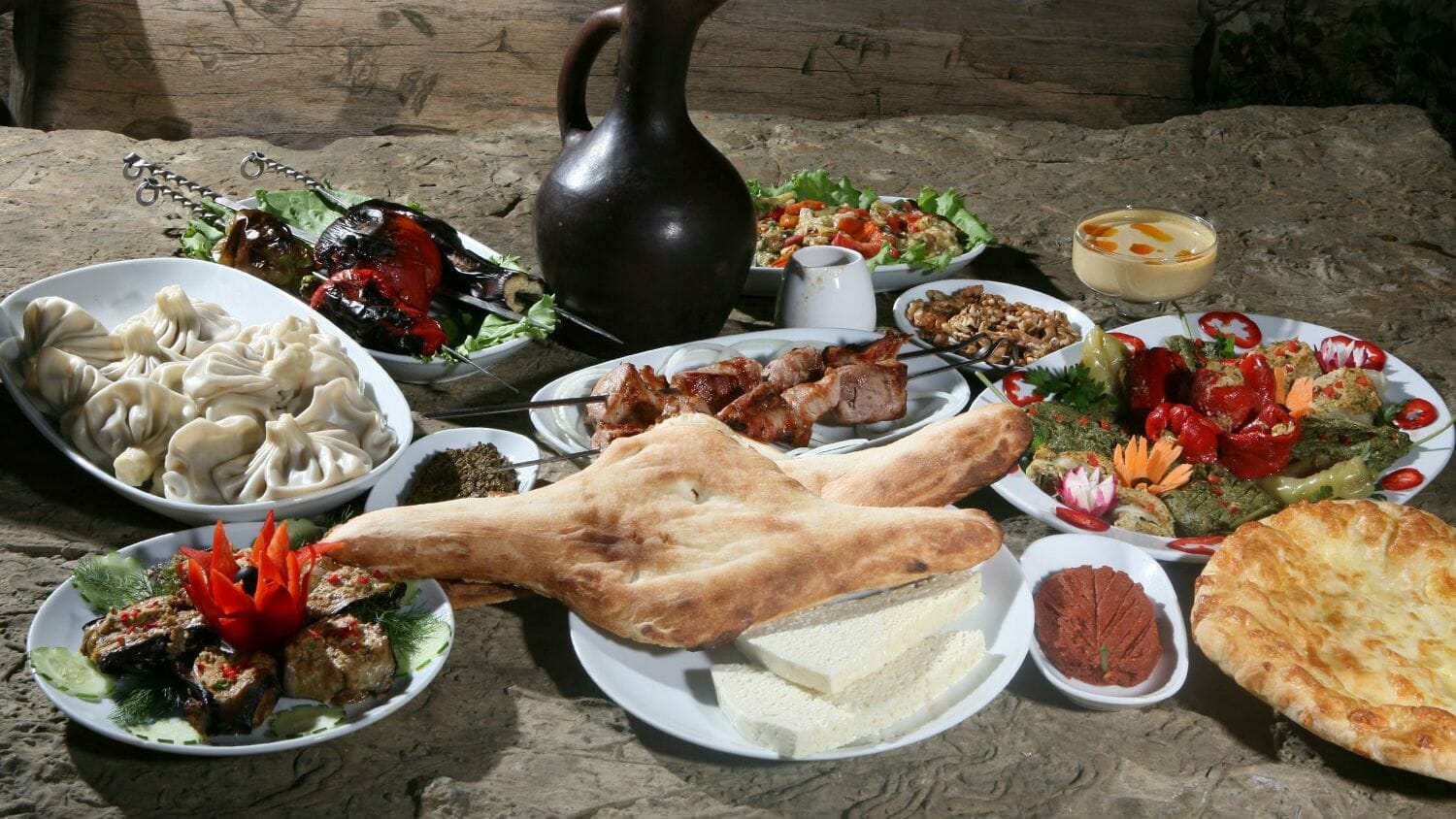 If you want to understand a bit about Georgia, and the unique Georgian people, you have to understand that there are two things which are central to their national identity: food, and folklore.

This week, we wanted to explore how food and drink are central to Georgia’s cultural identity.

It’s fairly common for food and drink to be strongly linked to a nation’s identity – think Italy and gelato. But food and drink become especially important when used as a way of distinguishing a country from others – like a foreign, occupying power. In Georgia, there’s an undeniable link between food and national awareness. Especially when it comes to the history of Russian dominance in the region, which continued until 1991.

The supra, a truly unique feasting tradition we’ve explored the history and process of, became a symbol of the Georgians’ cultural otherness under Russian occupation. According to anthropologist Florian Mühlfried in Sharing the Same Blood – Culture and Cuisine in the Republic of Georgia, “[the supra] remained a prime cultural marker of national identity well into Soviet times, embodying resistance to becoming a Societas Sovietica. For post-Soviet Georgians, the supra seems to offer permanent counter-assurance of cultural authenticity in the face of an all-levelling globalisation.”

Perhaps that’s why Georgians have a vocabulary which uniquely describes the way they enjoy food and drink. Take shemomechama, a word which describes the when you’re full but continue eating because the food is just too good to resist.

Next week, we’ll look at a folklore legend which shows how folklore shapes modern Georgian tradition.

Join our Georgian Wine Festival this December
November 16, 2021
Check it Out
Go to Top
Posting....