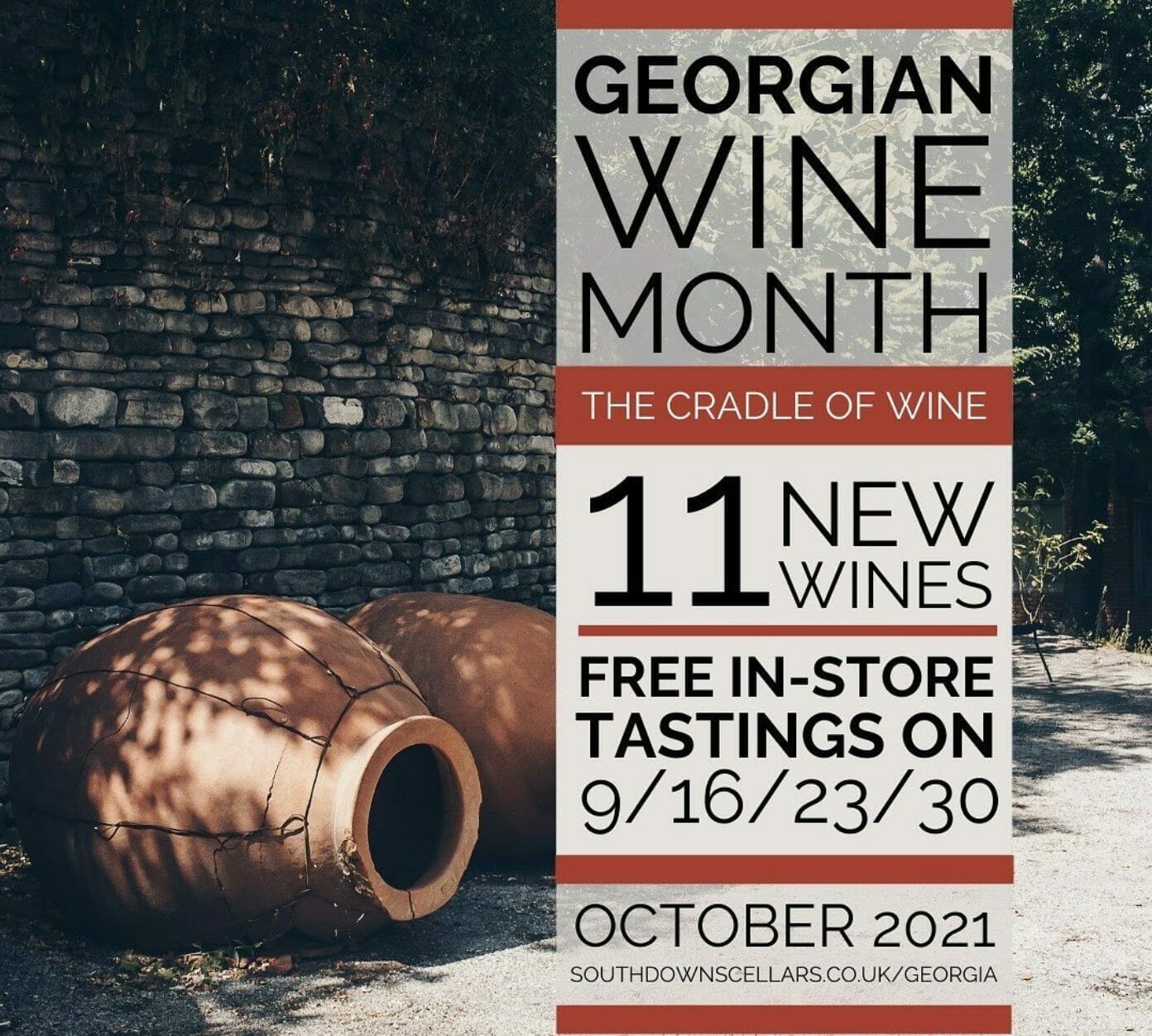 Georgian wine expands in the UK, with regional tastings and promotions run by merchants

This Autumn sees exciting events and promotions for Georgian wine across the UK, from Scotland, through the north and midlands, and down to the south coast. These in-store tastings, dinners, and promotions are being hosted by independent wine merchants. The diversity and frequency of events shows the significant increase in the market penetration and distribution of Georgian wine in the UK.

Further north, Oxford wine lovers can enjoy their own Georgian Wine Month, courtesy of The Oxford Wine Company. This major regional wine merchant now stock 12 different Georgian wines from producers including Lukasi, Anapea Village, Matrobela and Shumi. They are offering 15% off Georgian wines through the month of October, and hosting in store tastings of Georgian wine, as well as a sell-out Georgian wine dinner in their Jericho wine bar.

Yorkshire wine lovers taste Georgia’s famously delicious cuisine, with an instore tasting at The Wright Wine Company in Skipton with noted chef Olia Hercules. Olia’s talks and books on the food and recipes of Georgia and the surrounding region have made her one of the brightest new voices in food writing, and she features recipes from her acclaimed book “Kaukasis” in this event. This thriving regional wine shop, bar and online merchant have also expanded their range of Georgian wine.

In Lancashire, emerging regions specialist Turton Wines are hosting a Georgian Wine Month featuring wines from producers such as Koncho and Co, Dugladze, Bagrationi, Telavi Marani, and Tbilvino. An early supporter of Georgian wines in the UK, dynamic Turton wines have continued to expand their range and host tastings in store and at their Slaughtered House wine bar. They also promote Georgian wine in their tasting cases and Georgian wine through their Wine Together virtual tastings.