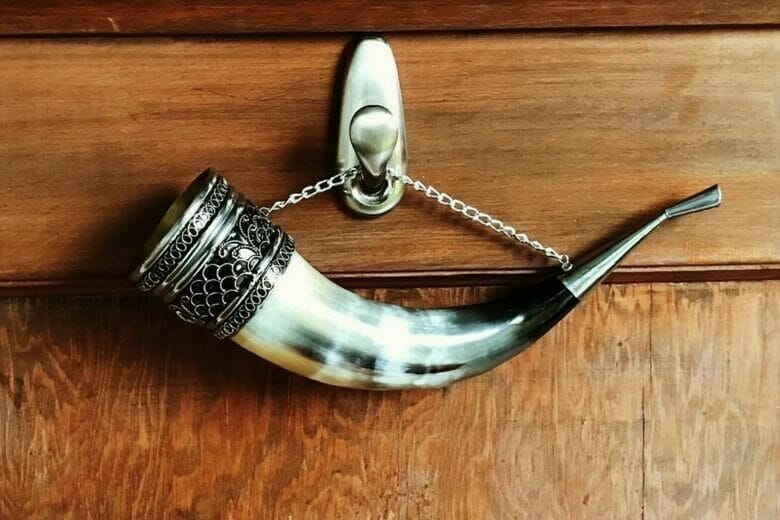 Drinking horns can seem like a relic of an ancient culture. They feature heavily in stories of Viking beer halls, legends of Thor and Medieval feasting where they were preserve of the rich and wealthy. But their use is a tradition that’s very much alive and well in Georgia.

In Georgia, drinking horns are known as khantsi. They’re most often made of goat or ram horns, and are ornate vessels usually adorned with silver cuffing and a chain, used to display the horn on a wall, or – in an earlier era – hang the horn from a sword belts. They’re an essential feature of the supra feasting tradition, used in the series of toasts led by the Tamada.

In contrast to other cultures who have used drinking horns, drinking beer from a khantsi is a big no-no. In Georgia, they’re reserved for wine or chacha – grape brandy. After toasting with a khantsi, you must drink the horn’s entire contents as you can’t put it down without spilling. It makes for a fun meal, and is another example of how Georgia’s cultural traditions are still very much part of a living society.