Georgia – Thirty Years On – A Personal Recollection by Robert Joseph 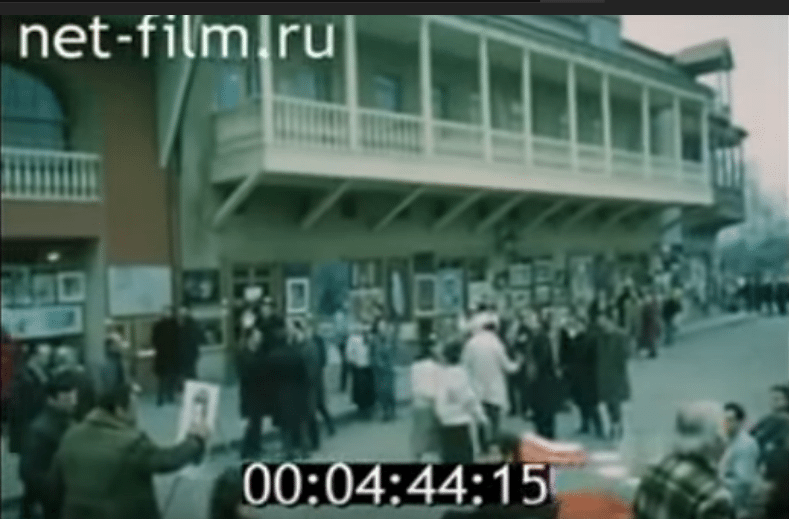 Reading the report on Sarah Abbott’s recent trip to Georgia with a team of top UK buyers prompted some memories of my own from three decades ago.

I still don’t know how, in 1987, I came to be included in a small group of wine professionals invited to visit the then Soviet Union. There were, as I recall, five of us: Graham Chidgey, the drily hilarious boss of a great old London merchant called Laytons, a buyer each from a major supermarket chain and a chain of retail wine shops – neither of which survives – and the British representative of the state-owned export-import company that had the monopoly over Soviet wine sales outside the Iron Curtain.

None of us had ever been east of Germany – West Germany in those days – and we were all fascinated by the opportunity of getting a glimpse of what was then being talked about as Gorbachev’s Russia.

Georgia, part of the Soviet Union of which none of us was even properly aware, featured right at the beginning of the trip. After flying into Moscow on an Aeroflot Tupalev, officially one of the most dangerous flying machines in the air, we settled into our spartan Intourist hotel, complete with aged, unsmiling babushka granny on every floor, and with a complete absence of bath plugs. (A common occurrence in the Soviet Union at the time).

Our first dinner in the Russian capital, with our interpreter Sergei, and some fierce men in suits, was in what we were told was one of the city’s best restaurants. And in those days, to Russians when it came to food, ’best’ was apparently synonymous with Georgian. Today, the city offers a bewilderingly large range of cuisines, but new wave Georgian restaurants such as Cafe Khinkalnaya and Saperavi Cafe are as fashionable with young Muscovites as the one we visited would have been with their parents’ generation.

Thirty years ago, over our first taste of Khachapuri, traditional cheese pastries, we were told that Georgia was Russia’s fruit and vegetable basket: the perfect place to grow anything. And, as wine people, our hosts continued, that included grapes. Nowhere, they said, made better wine than the Saperavi that was then being poured into our glasses: fascinating, rich, inky dark stuff that seemed to have been made from dark berries as much as grapes. Three decades is a long time, but I still remember the meal including trout with pomegranate sauce that was also thrillingly unlike anything else I’d ever eaten before.

After Moscow and a fascinating brief visit to the vineyards of Moldova, we found ourselves in Tbilisi, and it came as a shock. First, of course there was the language. I had just begun to be able to make out familiar words in the cyrillic script in Moldova when we found ourselves in a place where signs were impenetrably printed in a font that looked like a lot of human posteriors. Sergei was able to make no more sense of the language than we were, and a local interpreter joined our group who also acted as our guide. 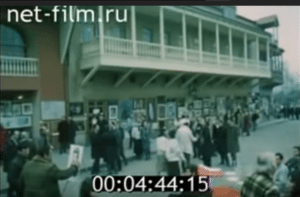 But we were even more struck by the look of the place. Tbilisi did not look anything like the Russian capital. Everywhere we looked, there were houses with balconies that seemed straight out of New Orleans. Walls were painted in pinks and greens and blues. This was a city that seemed ripe for tourism.

One recent visitor who had evidently been very impressed by what she had seen was the British prime minister, Margaret Thatcher, who had combined a trip to Georgia with a high level meeting with President Gorbachev in Moscow. While in Tbilisi – as an old Russian film still reveals – apart from the usual meetings with local officials, Thatcher was treated to an exhibition of Georgian dancing by some very cute children. She had also, we were told, gatecrashed a wedding, which must have come as something of a surprise to the bride and groom. 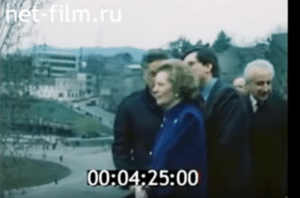 I don’t know what the British PM experienced in the way of food and drink, and there is, in any case, little evidence of her having much of a taste for wine; she was far keener on whisky. Georgian wine was, however, the focus of our visit, and we were plied with examples at a restaurant in the heart of the city, a couple of winery visits and a banquet dinner.

I’d like to say that we were all seduced by what we tasted on those occasions, but that would be to understate the revolution that has taken place in winemaking in Georgia. In those days, as in other parts of the Soviet bloc, commercial wine was all fermented and stored in strange, sausage-like horizontal tanks that were described as stainless steel but seemed to show signs of what looked suspiciously like corrosion. Quality control was clearly a issue, unsurprisingly, given the habit of the high-ups in the Kremlin to requisition Georgian wine whenever they wished – in return for petrol, at an exchange rate of one litre of fuel for the same quantity of wine.

While the flavours of the wines we tasted were ‘interesting’, none was impressive enough to make the buyers on the trip feel eager to pull out their order books – unlike their recent counterparts.

But our attention was instantly caught by one wine we were shown during a lunch at an old monastery (Not Alaverdi, as it happens). Deep gold in colour, the liquid in the glasses looked like an old Sauternes – and tasted like nothing any of us had ever encountered. What on earth was it? We asked. That was when, as you will have guessed, we were introduced to our first qvevri, whose lid was set into the floor of the room adjoining the one in which we were eating.
At the time, we all treated it as a curiosity none of us could imagine catching on outside Georgia. Three decades later, of course, there are qvevri wines on the lists of every ambitious restaurant in the world, and winemakers from across the globe are making pilgrimages to Georgia to learn how to make them.

What we had tasted – along with a red drawn from another qvevri, was an example of the kind of wine the Georgians were making for themselves, using methods devised by their ancestors, and with the pride that was unlikely to go into many of the bottles destined for Moscow.

I’ve been going back to Georgia on a regular basis since that first visit, and what I’ve seen is the transition of the passion and pride we saw in those wines into a huge range of styles, some of which are still made in qvevris of course, but far more being produced conventionally in genuine stainless steel tanks and high quality oak casks.