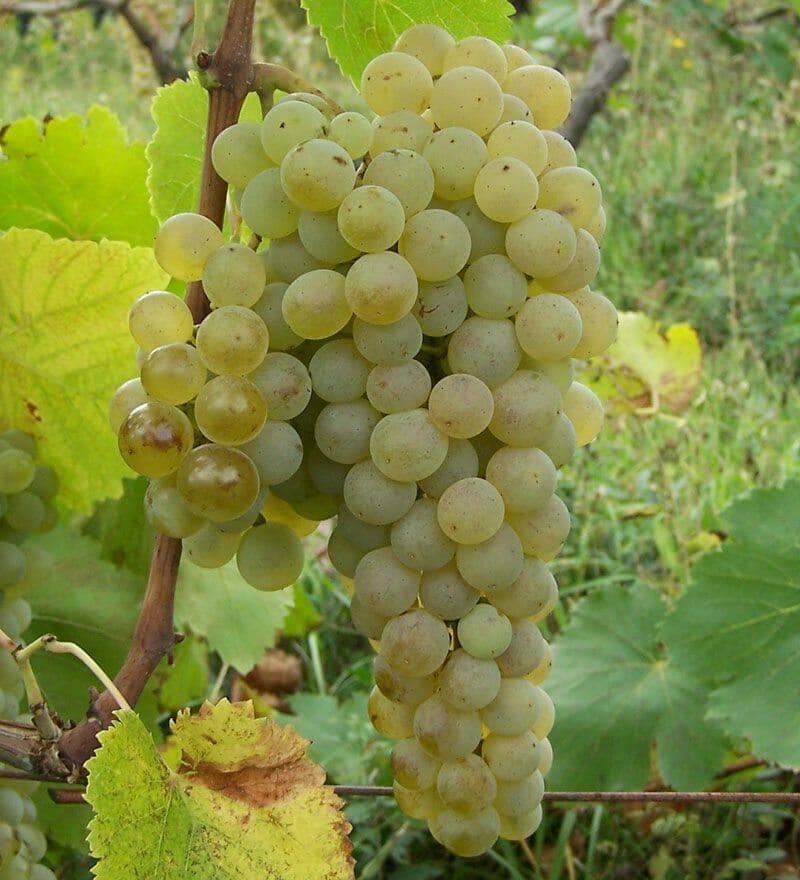 Iv. Javakhishvili, an early 20th Century historian, argued that Chinuri’s name derives the old Georgian word “chini” (reddish-green), but commentators now contend it comes the Georgian word “chinebuli” meaning “excellent” or “the best” in this instance referring to the grapes superb appearance, colour, and flavour. Indeed, some producers even call the variety “Chinebuli.” Regardless, when ripe, the grapes do blush a red-yellow-green.

Originating in Kartli, but also grown in Kakheti, Chinuri has a three-lobed leaf; its cylindrical bunches often have one very large wing. The vine is comparatively resistant to fungal diseases (especially powdery mildew), and is less susceptible to frost than many other indigenous varieties. It grows well diverse soils and locations, whether in alluvial or stony soils, on steep slopes or the plains. It is high yielding and a medium-late ripener, with budburst in mid-April and maturation in early October. The skin detaches very easily its juicy flesh.

With its naturally high acidity, Chinuri is most famous for the sparkling PDO Atenuri wine, which may include Goruli Mtsvane or Aligoté in the assemblage. Harvested a week or two later, Chinuri also is made as a still wine, with moderate alcohol levels and crisp acidity, whether fermented in Qvevri or tank. When produced in sparkling wines or European-style still wines, Chinuri has floral and herbal aromas, including hints of mint, pear and other yellow fruits. Chinuri Qvevri is tannic and muskier, with flavours of dried pears and apricots laced with a slightly more concentrated herbal complexity.