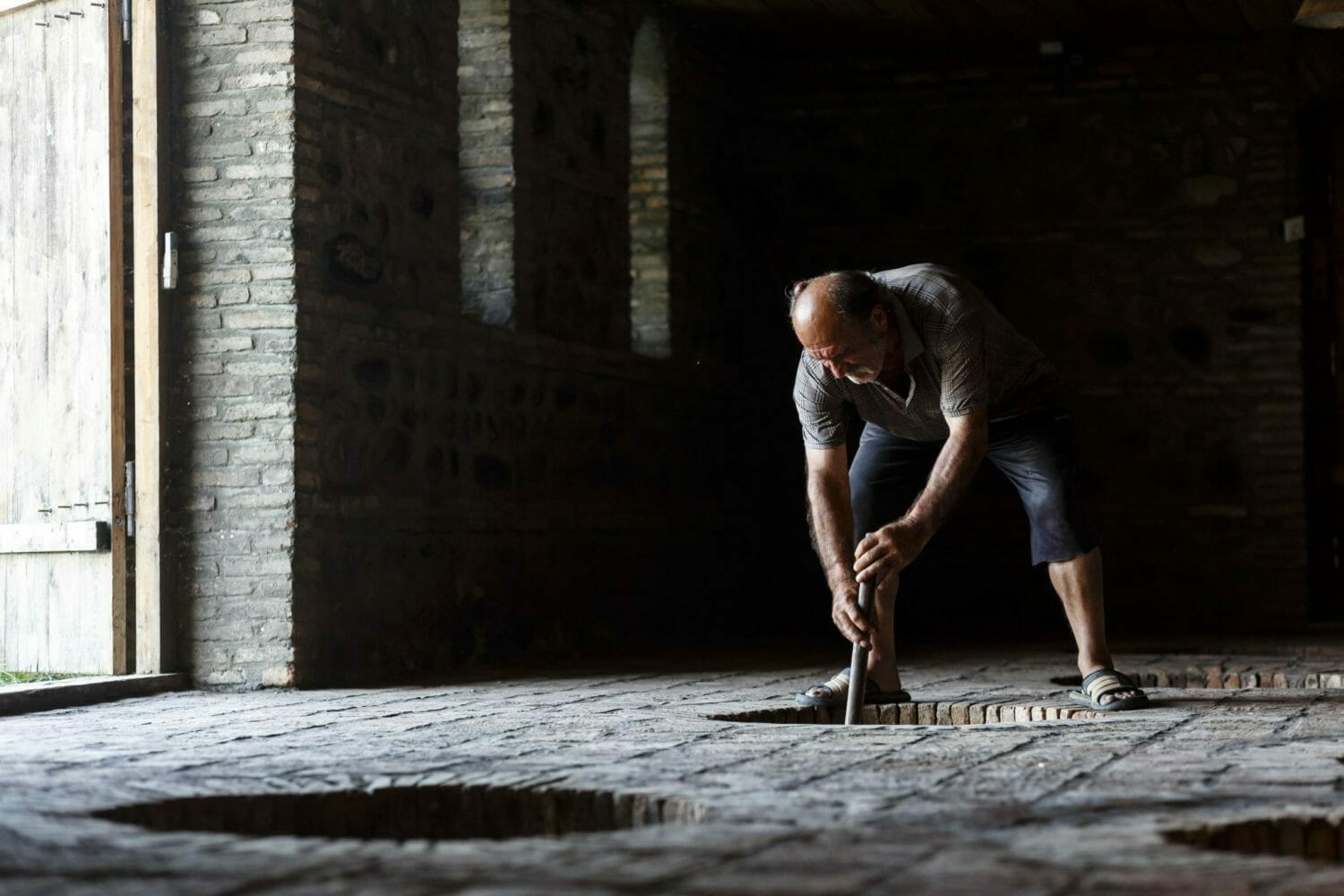 New findings from a research project conducted by an international team of scientists have confirmed that the beginnings of viticulture and winemaking can be traced to around 6000 B.C., in Georgia.

Image courtesy of: Early Neolithic Wine of Georgia in the South Caucasus

Previous evidence suggested that the earliest signs of winemaking dated to around 5400 – 5000 B.C. in Iran, but this latest project re-examined sites in Georgia at Shulaveris Gora and Gadachrili Gora, 50km south of Tiblisi, using new techniques, and found wine residues from the interiors of eight large jars from the early Neolithic sites. The project was undertaken by scientists from the US, Canada, Denmark, France, Italy, Israel and Georgia and fully funded by the Government of Georgia.

Using the most up-to-date technology, the team were able to establish the finger-print compound for grape and wine (tartaric acid) and three associated organic acids (malic, succinic and citric), demonstrating that the Eurasian grapevine (Vitis vinifera) was present in what is now Georgia, in early Neolithic times, and growing in ideal conditions.

The team also found that the quantity of wine the jars could hold – upwards of 300 litres each – suggests that the grapevine had been domesticated and was being cloned and transported using horticultural techniques.

Stephen Batiuk, University of Toronto says: “These results not only set the dates for the earliest production of wine, but perhaps most significantly, just how important wine was in the social setting of the earliest periods of human sedentary village life and that it has remained much so to this day.”

Wine remains an integral part of life in Georgia today. Master of Wine Sarah Abbott, director of the Wines of Georgia campaign in the UK explains: “Georgian wine is a paradox. It is both deeply ancient and newly reborn. Research such as this really reinforces how profoundly Georgian culture, identity and mores are soaked in wine. Until 2008 their diversity and quality was muffled by the Soviet legacy

“The qvevri movement – and the Russian embargo – jolted Georgian wine into an awareness of and pride in their old winemaking practices, and a new focus on sustainability. More recently, the established large producers have drastically improved quality and refined wine style as they seek to please new export markets. Wine produced in qvevri is moving from the ‘hippy edges’ to the thoughtful mainstream. The wine sector in Georgia is now enjoying a new flourishing of small wineries founded by young entrepreneurs, making vibrant, quirky wines that are the darlings of hip restaurants and clubs of Tiblisi and throughout the world” Abbott said.

The research paper (the full title of which is given below) is published online at Proceedings of the National Academy of Sciences at the United States of America (PNAS).