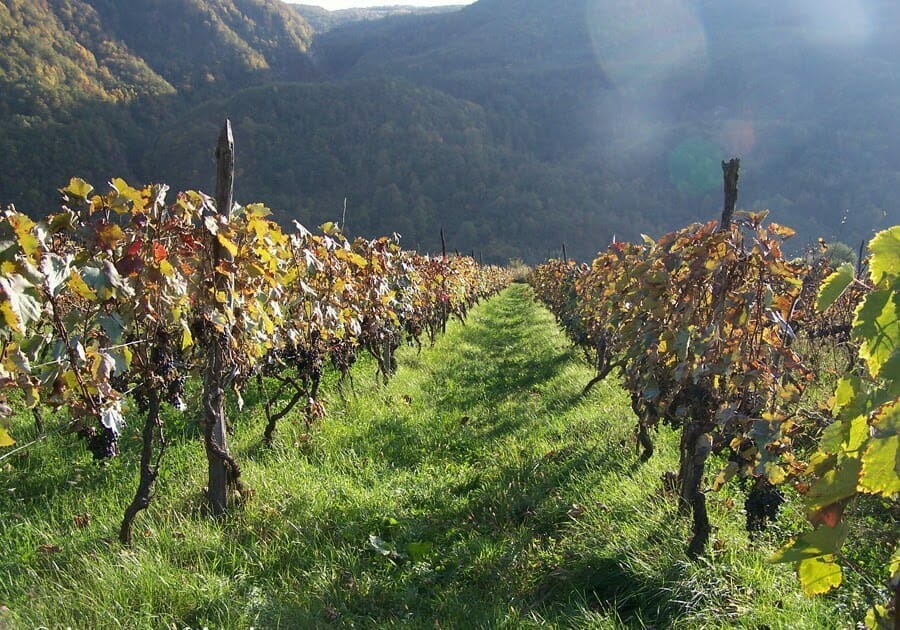 Racha-Lechkhumi is one of Georgia’s smallest wine regions, but also one of the country’s most important. Covering less than 2000 square miles of Northern Georgian, this little region is wedged between Imreti in the south and the Greater Caucasus mountains to the north. Remote as it is, Racha-Lechkhumi long harboured an unsung hero grape, Alexsandrouli.

Alexsandrouli, known as the indigenous ‘vine of Alexander’, has long been nurtured in Racha-Lechkhumi’s remote hills. Aleksandrouli’s historic fame comes from its partnership with the grape Mujuretuli in producing the distinctive, naturally semi-sweet Khvanchkara, a sub-region of Racha-Lechkhumi. Fermented dry or semi-sweet, Aleksandrouli is typically blended with Mujuretuli – but is sometimes seen with Ojaleshi or Usakhelouri.

A gorgeous juicy wine for summer barbecues, it typically shows flavours of cherries and mulberries. When fermented dry in Kartli particularly, you’re likely to taste tobacco, pepper and cured meat flavours too, brining complexity to the bright fruit flavours.

Within Racha-Lechkhumi, the most notable plantings of Aleksandrouli are in the Ambrolauri, Oni and Tsageri districts on the Rioni River. The river  tumbles through steep valleys from the Caucasus Mountains all the way to the Black Sea. It’s a picturesque setting for this little-known grape, which thrives on the stony, cancerous soils on the south- and southwest facing slopes of the valley.

Well worth a try, especially with barbecue season well underway, it’s available from a few online retailers in the UK, including Turton Wines.