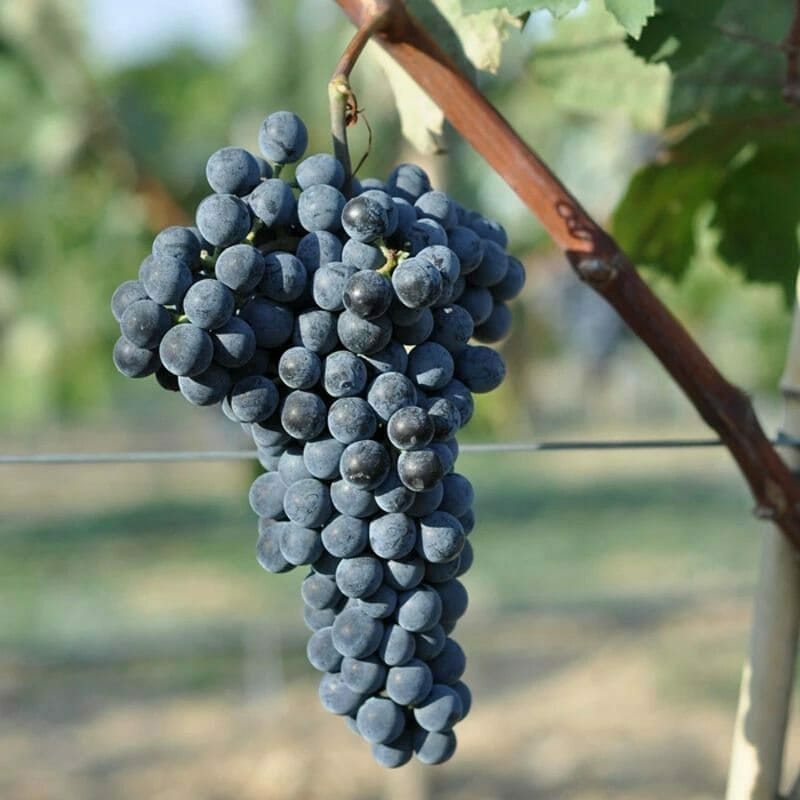 Another vine named for its presumed origin (the village of Aladast, in Guria), Aladasturi vines were widespread throughout central Georgia but were largely wiped out by phylloxera.

Originally trained to grow up trees, now it is mostly trained in a free-standing double-caned system developed in Georgia. Aladasturi does best in loose, well-aerated soils, with substantial lime content, often located on the lower parts of hills. The leaves are large; the bunches are of medium size, cylindrical, often winged, and moderately dense.

The medium-sized, deep blue berry is oval to oblong but rounded at the bottom, with thick skins and firm flesh. It is susceptible to powdery mildew and slightly resistant to downy. Budburst occurs in mid-April; the grape ripens in the last third of October. Single-variety Aladasturi wine can be made in either traditional or European styles.

Despite the thick skins, the wine is not deeply pigmented. In Qvevri, it tends to be relatively pale ruby in colour, light-bodied, with delicate tannins, and alcohol levels on the shy side of medium (10-11.5%). It has black cherry and pepper aromas, with hints of smoke and tobacco. While Aladesturi wines can be enjoyed when they are young and fresh, good examples also have the potential for improvement in bottle.

Brought back from the edge of extinction: Jani
August 1, 2020
Check it Out
Go to Top
Posting....