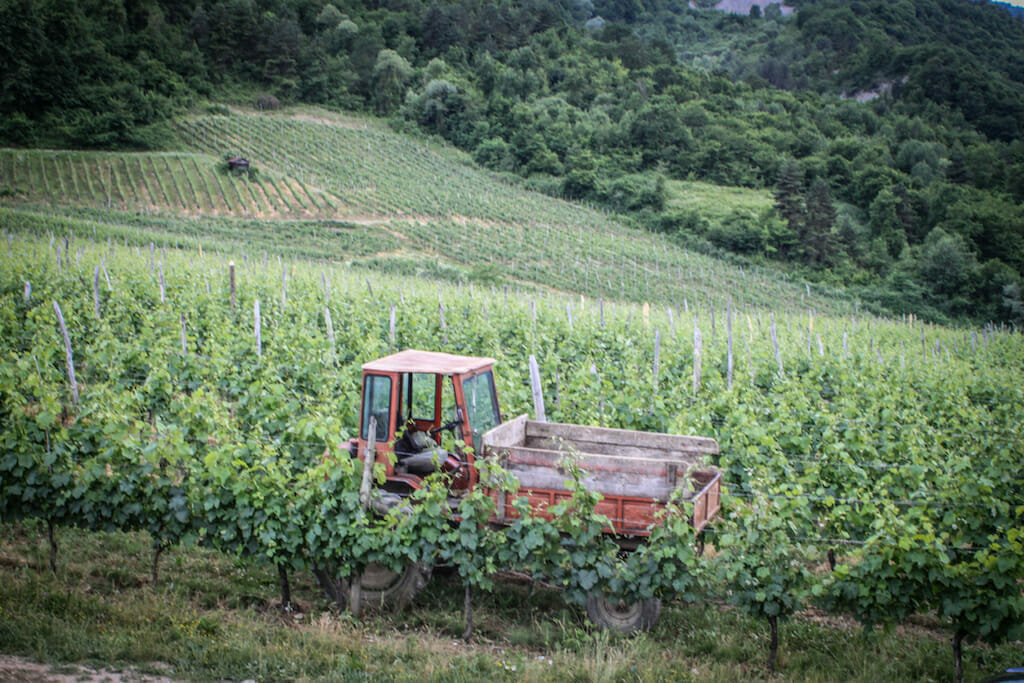 If you have even a passing interest in sweeter wines, then you have to know about cult wine Khvanchkara AOC. Khvanchkara is a semi-sweet red wine from this small appellation of controlled origin or AOC, a micro-zone located in Racha-Lechkhumi in North Western Georgia. For a wine to be categorised as Khvanchkara it has to be made according to certain rules, most especially that it must be made of a blend of Aleksandrouli and Mujuretuli.

Like its relative Aleksandrouli, Mujuretuli is largely grown along the banks of the Rioni River in the Ambrolauri and Tsageri districts in Georgia’s remote west. Unusually, monovarietal plantings of Mujuretuli are uncommon; it is mostly interplanted with Aleksandrouli in limestone and rocky soils. This makes Mujuretuli comparatively rare and expensive compared to the typical yields of other Georgian grape varieties. For example, Rkatisteli vines usually provide 15-20 tons per ha, Saperavi vines 10-15 tons per ha and Mujuretuli vines only yield around 7 tons per ha.

Khvanchkara is still a well kept secret for fans so it’s a bit challenging to find in the UK. However, Turton Wines stocks a lovely example which we highly recommend trying.