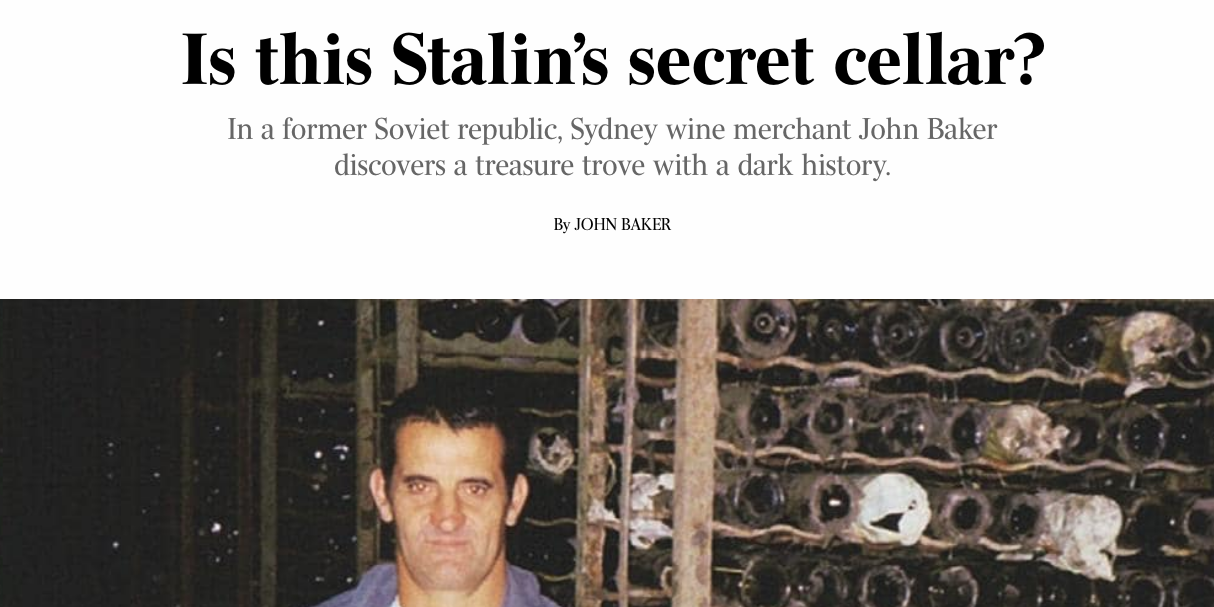 John Baker is an entrepreneur in Australian wine, having developed a number of fine wine stores in the affluent suburbs of Sydney.

In 1999, he was introduced to an apparently priceless, and nearly forgotten, old collection of some of the greatest wines in the world. The collection, it was alleged, was that of Tsar Nicholas Second, with some additions by Stalin. And it was sitting in an almost-forgotten cellar just outside Tbilisi, Georgia. Sounds unlikely? Even today, this is a strange but compelling story. In 1999, when Georgia was still emerging from the collapse of the Soviet Union, it was even harder to get straight answers, or even safe passage. But the list he had been sent was tantalising: 1877 Lafite, 1891 Yquem…

As John writes, in “The Australian”:

“Really,” I said, struggling to keep the scepticism out of my voice. “Up to 50,000 bottles of some of the greatest wines in the world, sitting underground and forgotten at an obscure winery? Having passed through the hands of the Tsar or personally selected by Stalin? It’s just too outlandish.”

Baker, who is a talented and engaging writer has written a book about his quest, with business colleagues, to inspect, authenticate and buy this priceless collection of wines. This week, The Australian published a riveting excerpt from his upcoming book “Stalin’s Wine Cellar”, which you can read here.